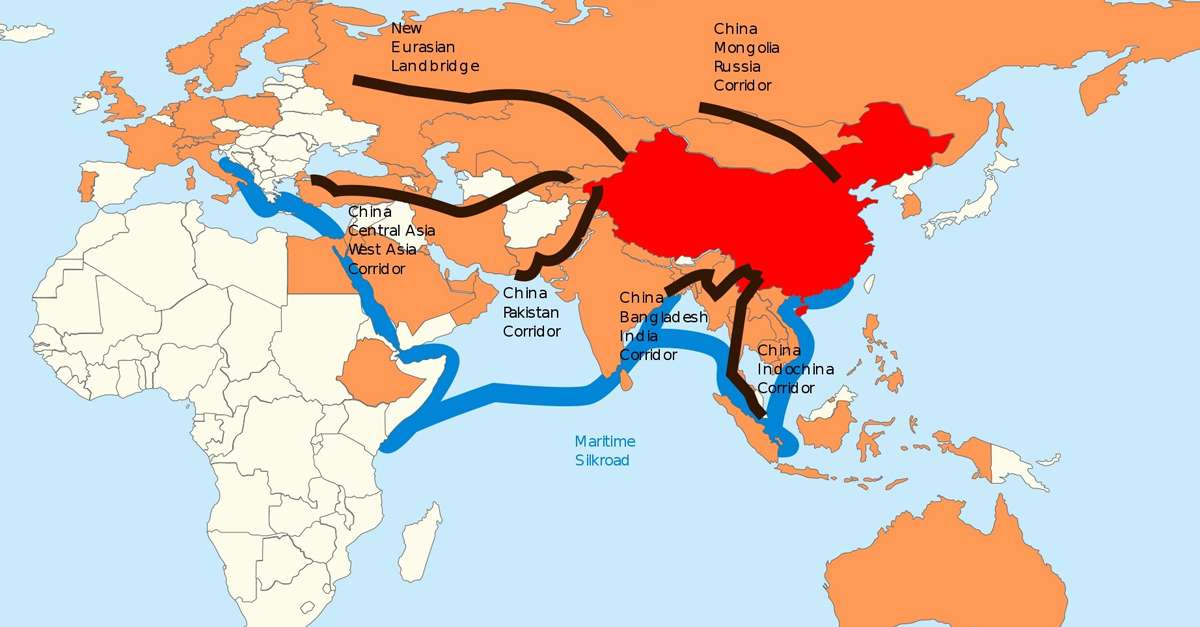 CPEC & OBOR & Its Impact On India

China is developing a network of highways and has moved troops to the Gilgit- Baltistan region in northern areas and has improved military infrastructure in the eastern sector, increasing the possibility of a two front war.

China is sending ambiguous signals; Army’s proposed revised defence strategy would be a step in the right direction. China’s occasional papers on a border war with India must be fully analysed as they could be an indication of the Chinese concept of waging a war that it can win. China has been enhancing its offensive capabilities all along our northern borders by deploying new weapons systems in collaboration with Pakistan that is calculated to change the military balance in a border war. China is accelerating military modernisation drive that will greatly add to its strength.

China has a huge geographic handicap: no access to southern world oceans.

So Chinese shipments from Europe, Middle East, Africa have to travel all the way around India, Malacca and ASEAN. China has serious problems with most countries in that region due to its aggressive military posture. Pakistan is very important for Chinese economy. If China could get a route through Pakistan to access the Arabian Sea that will give multiple advantages. The strategy to deal with it has led to evolution of CPEC. A corridor of highways and railways will run from Kashgar in China to Gwadar in Pakistan (Baluchistan) on the Arabian sea near Iran border. And ALL the infrastructure and associated work for CPEC will be constructed for Pakistan by China, free or cost or for negligible loans.

It is Four to Six-lane Expressway from north to south Pakistan, with four different routes. All main railway lines being upgraded to 160 kph double. A six to eight lane super expressway from Karachi to Gwadar and Hyderabad has innumerable coal, thermal, solar and hydro power plants all across Pakistan. The highway will include a international airport, Hospitals, schools, colleges, tech institutes, even a Metro line in Lahore.

Pakistan calls this Gilgit-Baltistan area of Jammu and Kashmir, as Northern Territories sometimes.

Gwadar is just 400 km away from Muscat and 500 from the Strait of Hormuz through which all Gulf oil passes. Apart from that it provides, proximity to Africa: China virtually owns much of Africa today having Billions in investment. Apart from that China buys natural resources from Pakistan.

Pakistan is also a large market: China will flood Pakistan and Gulf with its cheap products and make a windfall there too. It will have proximity to new friend Sri Lanka. If USA/UK control Malacca strait – Singapore or India in Indian Ocean decide to choke it, China will have no problem as it has CPEC.

But, all of CPEC and China’s ambitions bearing fruit depends on the Karakoram highway. That depends on PoK continued to be occupied by Pakistan.

The CPEC is China’s hope at lifting its sagging economy and securing its strategic position in the region. Its future depends on Karakoram- Hindukush- Pamir region, which since ancient times been strategically sensitive which was called The Silk Road. China wants control the new Silk Road. If India were to take PoK it would squeeze the Karakoram Highway and shut it, so there will be no more CPEC or Silk Road. That is the whole game. The CPEC and Highways are primary military conduits rather than civilian.

Ultimately.. Pakistan’s ultimate aim is to establish an Islamic caliphate. Apart from this China helps them through CPEC.