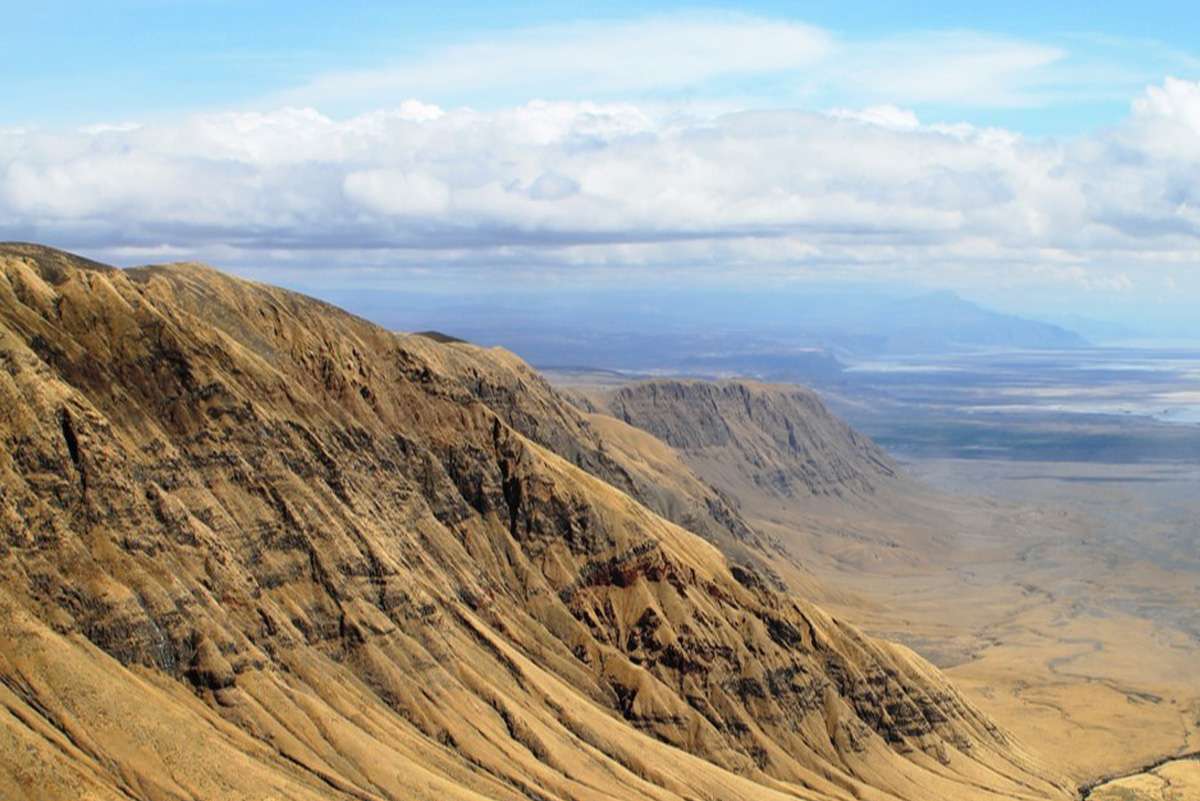 The East African Rift called as EAR is prehaps the most important tectonic feature of Africa.

The rift is a narrow crack along which two plates move apart, and along which the African Plate is in the process of splitting into two tectonic plates, called the Somali Plate and the Nubian Plate.

The divergence has led to emergence of a narrow rift valley, which is a normal or step fault extending over thousands of kilometers.

It is along the EARV that Africa in future is going to be split into two separate continents.

The Eastern Rift Valley includes the Main Ethiopian Rift, running eastward from the Afar and then south as the Kenyan Rift Valley. The East African Rift Valley comprises of the Danakil depression and its volcanoes.

The Western Rift Valley includes the Albertine Rift, continuing south in the valley of Lake Malawi. There are many crater lakes in the Albertine rift.

The East African Rift Zone includes a number of active as well as dormant volcanoes, among them: Mount Kilimanjaro, Mount Kenya, Mount Nyiragongo, Mount Meru as well as the Crater Highlands in Tanzania. Although most of these mountains lie outside of the rift valley, it was the processs associated with EAR that created them.

Active volcanoes of Africa include Erta Ale, DallaFilla, and Ol Doinyo Lengai. The Erta Ale is the only permanent active volcano. The Ol Doinyo Lengai volcano is the coldest lava eruption in the world and also the only active natrocarbonatite volcano in the world. The magma contains almost no silica, making the flow viscosity extremely low. Its lava fountains crystallize in midair then shatter like glass. Nyirongogo on the Tanzanian-Zaire border is the largest lake filled with lava, hence called a lava lake.

There are good number of boiling water lakes in the African Rift Valley.

The EAR is the largest seismically active rift system on Earth today. It is along the East Africa Rift Valley that Africa is going to be split into two different continents. The majority of earthquakes occur near the Afar Depression, with the largest earthquakes typically occurring along or near major border faults.

The Rift Valley in East Africa has been a rich source of hominid fossils that allow the study of human evolution.

The Rift Valley houses two of the largest national parks in the world-the Serengeti and Masaimara The scene of hunting and be hunted is seen to be believed.

Across the EARV escarpment lies the Victoria falls Victoria falls over Zambezi river flows in a spectacular gorge. It is a scarp waterfall that falls in the form of a roar, which can be heard from over a kilometer. The Zambezi river cuts a deep wide channel as it flows along the Zambia- Zimbabwe border. The waterfall has an almost permanent rainbow accompanying it.